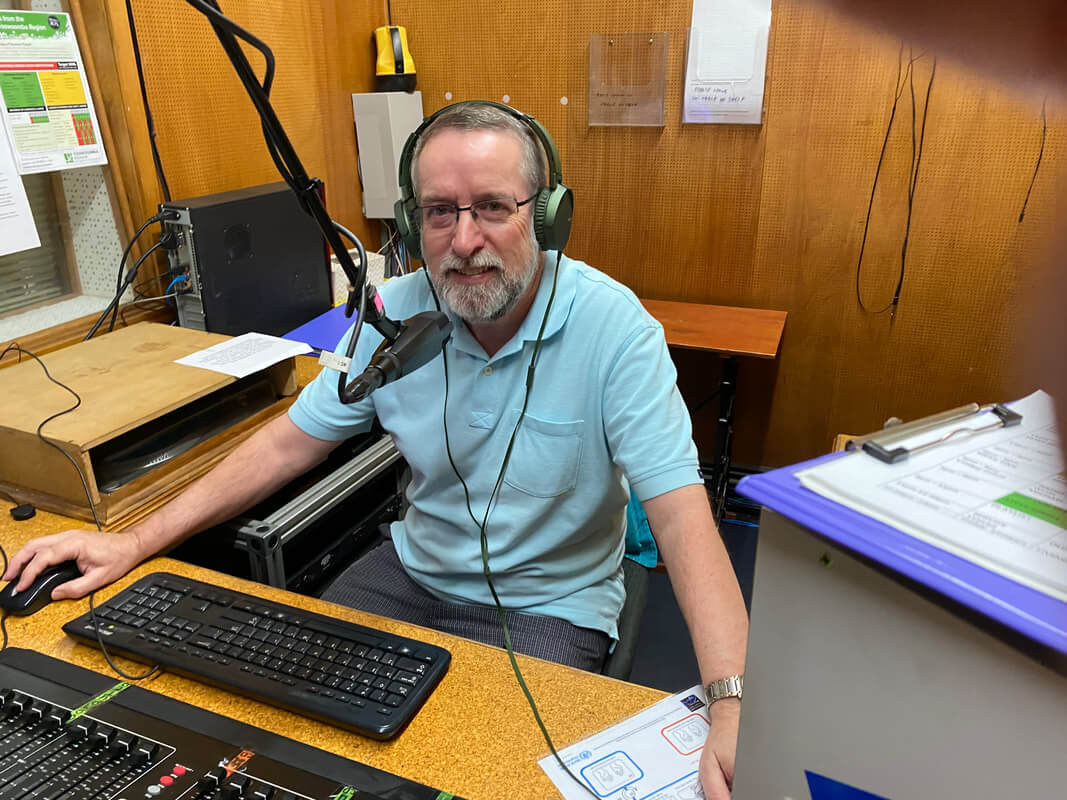 Did you know that Michael Murtagh, an AFT member and teacher, is doing a French radio programme in Toowoomba?

Community radio station 102.7fm DDB has now added a French programme to its ethnic broadcasts.  It is going to air on MONDAYs at 6pm (18.00).  So far there have been two shows with others planned.

Michael Murtagh, who is presenting the shows said, "The first two shows had very personal playlists from my early encounters with French music in the 1970s up to a more contemporary list in programme 3".Michael reflected how songs take on different meanings, especially in these challenging times. For example, at the moment you can only dream of one day again strolling down the Champs Élysées, "au soleil, sous la pluie, à midi ou à minuit" singing the famous song of Joe Dassin.

He has also planned a Chansons Classiques, Musique du cinéma and a Patrick Bruel special.

Did you know that most of the great French classics have an English version? Tune into programme 4 for a little quiz.

One of the requirements of an ethnic broadcast is to include information for local populations. So although this has been called Radio France, it should really be Radio Francophone. Michael is interested in any input from French-speaking populations in the Darling Downs. Please send any requests, suggestions, news from pays d'origine to mmurtagh44@gmail.com so Michael can fulfill this requirement better.

Michael is keen to have your feedback on the new programme, so please get in contact with him if you have any comments or suggestions.

GO BACK GO BACK